How to Network for Artists: The Smart Way

As artists, it’s easy to remember that making music is about creating connections with people when you’re onstage. You’re telling your story in the hopes that you can touch the hearts of the people out there listening.

But why is it so hard to remember that when we are out in the city trying to network with other people in this industry?

Many of my friends tell me that they hate “networking.” They say that it’s so cold and impersonal, that people are out there to use you. The moment they find you to be less than useful, then they’ll toss you aside and won’t spare you a second look.

Networking is an essential part of being a professional music creator (a necessary evil, for some.)

Like it or love it, you can’t avoid networking if you’re serious about pursuing music as a career. But here’s the thing–you don’t need to sell your soul in order to network effectively. In fact, I argue that you will get a lot further if you make it less about using someone as a stepping stone and more about meeting cool people who want to help you on your artist journey.

126: How to Stay Organized as an Influencer and Musician – VQS Studio Podcast

1. Where Do I Find The Right People?

From Facebook to Meetup to even just a plain ol’ Google search, there are always so many events out there for musical mixers. If you’re new to the game of meeting people and schmoozing, you might want to start out at a smaller event. Oftentimes a smaller and more intimate meetup can lead to deeper connections because you can spend more time with each person instead of feeling like you’re out speed dating.

Once you feel ready to get your A-game on, then it’s time to find bigger events where you can spread your social butterfly wings. Conventions like the ASCAP Expo and Durango are great if you’re newer to the songwriting community; plus, you’ll want to sit in on the panels with folks who are who you want to be in five years.

I usually stay after to speak with the panelists (and make a few friends in line while I’m waiting) because it is a great opportunity to thank them for their talk and ask more personalized questions.

If you’re nervous going to a networking event by yourself, it doesn’t hurt to bring a buddy or two with you for support. In fact, I encourage it, since you guys can introduce each other to the people you just met. Divide and conquer!

2. How to Smile Organically

If you emanate positive energy, people will want to invite you into their world.

If you don’t know what you’re doing in these social settings, that’s okay. Breathe, close your eyes for a second, and let your face relax into a smile. It can be really tough to infiltrate the naturally-formed cliques as a mixer carries on, but sometimes all it takes is a smile from the sidelines to be let into the circle.

3. How to be Confident and Empower Others

Give that firm handshake, make that eye contact, project your voice. You are distinctly you, and you are ready to share your awesome self with everybody! It would be a shame for the people at this event to be deprived of experiencing you as you are, so be genuine, be real.

You don’t have to be who you think they want you to be.

Besides, you don’t want to be surrounded by people who want a knock-off version of you. And it goes both ways–don’t forget that they are people outside of their roles as managers, A&Rs and musicians. You can talk about more than just music and business.

Bonus points if you cheer for the same sports team!

It’s also important to dig deeper. Just like conversations via Tinder, everyone hears the same questions over and over again:

Yes, there will be a certain amount of small talk to break the ice, but once you find an opening, ask that deeper question, share your aspirations, and get a little vulnerable.

Once you open up, the other person will feel a lot more comfortable to open up and share their true selves too.

4. Where do you Draw the Line?

I have had my fair share of creepy and misogynistic older men asking to be my manager, saying that they could “make me a star.” It’s really unfortunate how common that is in the entertainment industry, that young girls can be taken advantage of because they believe that this one man could be their golden ticket to success.

What I have learned is that you do not need to work with someone who will make you compromise your values. There will always be more people that you can work with, people who will be fun to be around and can still help you get to where you want to go.

It’s usually best to do “nice to meet you” messages within a week of the event so that you are still fresh on their minds.

It is also helpful to add a personal touch like, “I love how we are both obsessed with Weezer” so that they can get a refresher on who you are. It’s also flattering that you remembered specific things about them and your conversation.

Don’t just say, “We should co-write sometime” and forget about it. Really follow through and list off some potential dates, that way they know you’re serious.

When you’re networking, you’re not only broadening your circle of industry contacts, but you’re also making real connections with people.

I am sure that the people you meet will feel blessed with the privilege of getting to know you, so go out there, be your awesome self, and make some real connections! How will you use these tools and ideas in your networking? I’d love to hear from you. 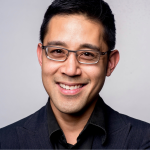 One comment on “How to Network for Artists: The Smart Way”